There are many things I love about traveling and discovering a culture that is not like the US. I think other places get a lot of things right that we screw up pretty royally. Healthcare, subsidizing the right foods, being green are all things that many countries do well that we don’t. Not everywhere though.

Both Georgia and Armenia are astoundingly beautiful places. Very underrated and should probably be mobbed with value conscious tourists, but they aren’t. Both places are slowly working up to having more outside travelers, Georgia is better, some places in Armenia are doing their best. The worst tourist info I’ve been inside was in Mestia, Georgia though, super duper unhelpful. “was that 9 kilometers away or right there” was my question as I pointed to a spot on the map (that we couldn’t take because they only had one). Her answer? “yes”. Well technically, yes it was one or the other, but still not helpful!

Either way, beautiful places, not too many tourists. I’m not certain they’ll manage to pick up that many unless they start to pick up some trash though. In both countries just throwing trash out your car window or over the nearest fence is the usual practice. I saw people taking trash out of their business to dump it in a beautiful stream.  Our hitchhiking rides would encourage us to throw our trash out the car window instead of putting it away for later disposal like we always did. I don’t really understand this mindset. Most of the people in both countries are fiercely nationalistic and think their landscape is beautiful, so why then do they just dump the trash out in it. Don’t tell me it isn’t because there isn’t infrastructure because even places with dumpsters and garbage trucks had piles of trash everywhere.  In one part of Georgia, the outhouses dump straight into pristine mountain spring fed streams. No intermediary hole to lessen the contamination or anything. I know that there are literally billions of people without any toilets at all, but these are in places where chocolate and wine are sold to local and foreign tourists, where they have wifi and satellite tv. I think the trash and toilet problems are just mindset not lack of resources.

The second major thing that baffled me about both places was seatbelts. Seems like an odd thing to be baffled by doesn’t it? I mean they are obviously required in both places because when we would approach a police check point or a major city, drivers would put them “on” and have front seat passengers do it as well. I put on in quotes because in man  If you ever dared put on a functioning seatbelt first, you’d get a strange look that said “what you don’t think I’m a good driver?” The problem is even worse when it comes to car seats. Kids just wander around the car, even if the adults are strapped in to keep the police at bay.
y instances, they were permanently disabled. Car owners would literally screw the seatbelt open and loose so when approaching the police they could stretch them across themselves with the appearance of wearing a seatbelt without the annoyance of having it actually protect you in a crash. If you’ve ever been on many of these mountainous roads, you’d want that protection as you are inches from death at every corner.

I think the solution to both these problems is just a dedicated ad campaign, maybe a long one, like the US had in the 1970s and 80s on both issues. People didn’t really buckle up when we were kids and trash went wherever, but I think the culture was changed through ads. If they can convince millions of people that taco bell is food, then they can work as PSAs. Here's how I could see it working in these places: "Mother Armenia is beautiful, don't throw your trash on her" or "Georgia has been a beautiful place and people for thousands of years, let's keep it that way." I don't claim to know enough about the cultures there to say what exactly would work, but I think something would. 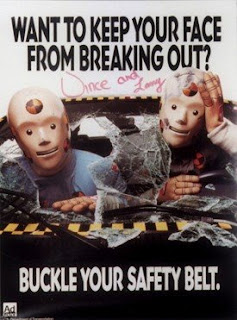 I was going to talk about smoking as well, but that seems to be a much bigger issue worldwide… 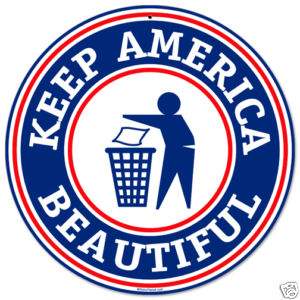 But seatbelts, garbage dumps, and e-coli aside, both Armenia and Georgia are amazing, the people are also wonderful. Add them to your list of places you should see right away. By the time they’ve got trash and safety cleared up, they might be throngs of umbrella tours everywhere.